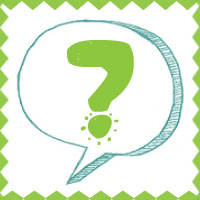 How many times did the Messenger (peace and blessings of Allaah be upon him) perform ‘Umrah?

Praise be to Allaah.

He did ‘Umrah four times after the Hijrah, four ‘Umrahs, all of them in Dhu’l-Qi’dah.

The first was the ‘Umrah of al-Hudaybiyah, which was the first of them, in 6 AH, but the mushrikeen prevented him from reaching the House (the Ka’bah), so he offered the sacrifice (of camels) when his way was blocked at al-Hudaybiyah, and he and his companions shaved their heads and exited the state of ihraam, and went back in the same year to Madeenah.

The second was the Fulfilled ‘Umrah in the following year, when he entered Makkah and stayed there for three (days), then he left after completing his ‘Umrah.

The third was the ‘Umrah which he did along with his Hajj.

He said: there is no (scholarly) dispute concerning the fact that he did no more than four ‘Umrahs.