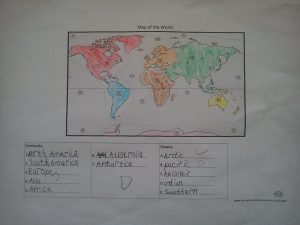 This worksheet is all about the Continents and Oceans of the world.

Learn where each Continent and Ocean is located by colouring this worksheet.

According to Wikipedia, a continent is one of several very large landmasses on Earth. They are generally identified by convention rather than any strict criteria, with seven regions commonly regarded as continents—they are (from largest in size to smallest): Asia, Africa, North America, South America, Antarctica, Europe, and Australia.

While an ocean is a body of saline water that composes a large part of a planet’s hydrosphere. In the context of Earth, it refers to one or all of the major divisions of the planet’s World Ocean – they are, in descending order of area, the Pacific, Atlantic, Indian, Southern (Antarctic), and Arctic Oceans. 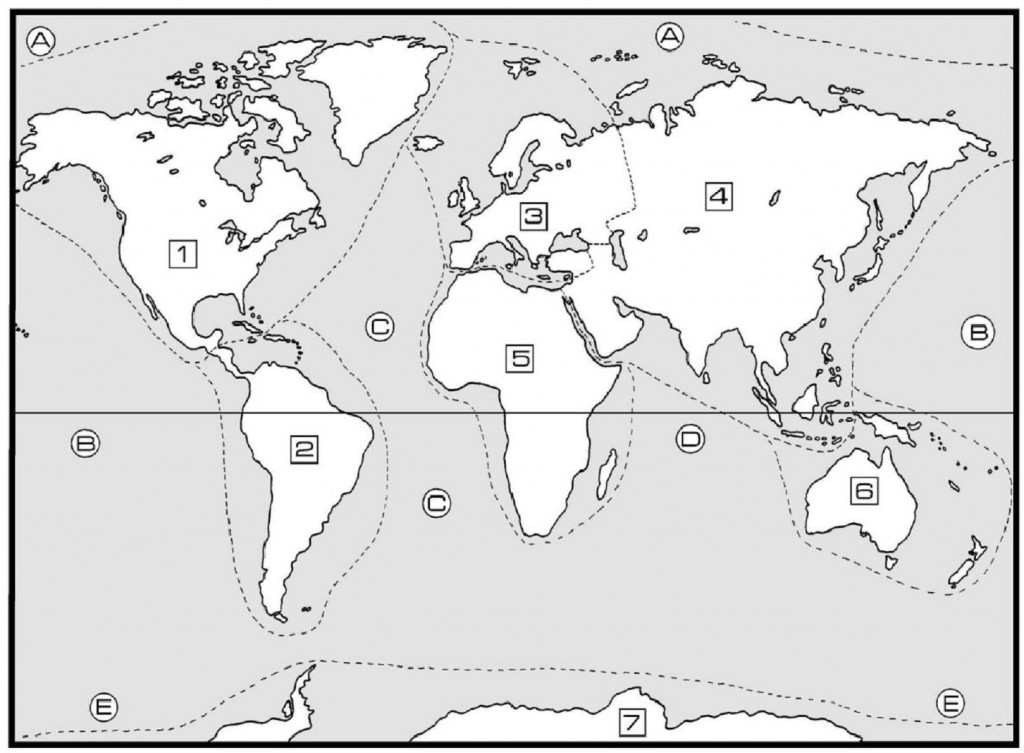 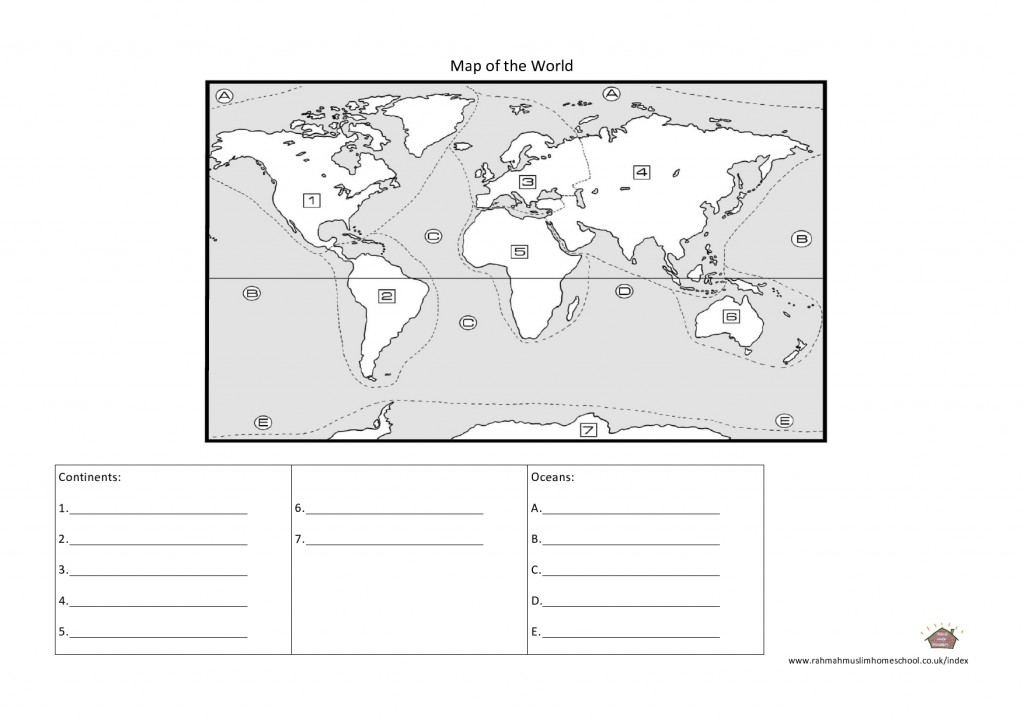