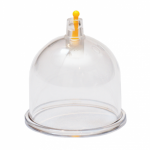 In this regard, we are glad to share something of high value with our readers which can cure many of their ailments. The best part is that by practicing this remedy you will be playing a big role in rekindling a highly recommended sunnah of the Prophet SAW.

This sunnah, dear brothers, and sisters, is Hijamah – the Muslim version of cupping therapy.

As the infographic created by Hijama Nation shows below, Hijama has been termed as ‘the best of remedies’ by Ahadith. Plus, the benefits of Hijama are proven by scientific research, and who doesn’t remember Olympic Athletes with cupping marks on their body right?

So enough talk. Let’s get a good understanding of this noble and highly beneficial sunnah of the Prophet SAW, and make it a part of our lives so as to live a healthy and fulfilling live inshAllah!

You may want to know more about Hijama and we have the perfect gift: a free ebook by Hijama Nation on everything you need to know Hijama.

Check it out here –>> http://bit.ly/HijamaEBook