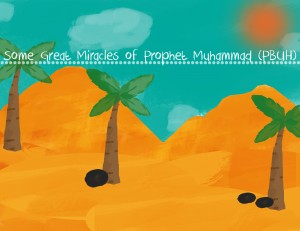 Prophet Muhammad (PBUH) was the last messenger of Allah who performed the duty to show righteous path to the people. During preaching of Islamic faith he showed many miracles that were really hard to be believed by ordinary human brains.

But He foretell unseen and described the events of past with pinpoint accuracy.

Then there are only two things possible. Either he had a gem of a sight and was broadly genius to know what is going to happen and what has happened in the distant past but an ordinary human being cannot have such extraordinary qualities.

The other option is that the he was blessed with such ability from the Creator himself who is the master of the universe and nothing is hidden to Him. That he was an official representative of the God and the God had bestowed him the power so that he would communicate with people with confidence and convey the message of God effectively.
Prophet Muhammad (PBUH) fulfills all these conditions and exhibited many miracles which were beyond the comprehensive ability of common people. Some of the famous miracles of the Noble Prophet (PBUH) have been discussed below.

Prophet Muhammad (PBUH) made many predictions about near and distant future and all of them have proved correct with the passage of time. For example according to an authentic Hadith, He said:

“You will be victorious over all your enemies, will succeed in the conquest of Mecca, Khyber, Damascus, Iraq, Persia and Jerusalem, and will share among yourselves the treasures of the rulers of the greatest empires, the Byzantine and the Persians.”

The prediction came true when Muslims conquered all these areas and have been ruling them since then.

Similarly, in another Hadith he said:

” Constantinople will be conquered, and blessed are the ruler and the troops that will conquer it.”

This prediction was also realized when Sultan Muhammad II of Ottoman Empire conquered Istanbul then Constantinople in 1452 AD.

These wonders took place right before the eyes of many companions of Noble Prophet (PBUH), so they cannot be refuted at all.

“Invite thirty men from among the distinguished ones of the Ansar.”

Thirty men came and they ate to the fill and after that sixty more men came and ate followed by seventy more men but still a lot of food was left on the table. All people who came embraced Islam after witnessing that unbelievable miracle.

There is an authentic tradition in Sakhi Bukhari and in many other books of traditions and is related to Hazrat Anas (R.A.). Once some 300 people were accompanying Prophet (PBUH) in a place called Zawra. They could not find water to perform ablution for afternoon prayer. He asked them to bring some water to him and when water was brought, he dipped his propitious hand in the water and water started to sprout out of his fingers like a fountain. That water was enough for three hundred men to drink and perform ablution.

During battle of Badar, Muslims were short in numbers and arms. Therefore, Prophet (PBUH) picked a handful of soil and stones and threw them towards disbelievers and said:

“May their faces be black!”

As a result that small amount of earth went into the eye of each and every one of 1000 disbelievers and they eventually lost the battle.

Trees used to obey the orders of Noble Prophet (PBUH) just like human beings and would bend before him if he happened to pass by them. Prophet Muhammad (PBUH), when giving Friday sermons used to put his back against a stem of tree known as “palm-trunk”. However, when a pulpit was built in Masjid of Prophet (PBUH), he started giving sermons from the pulpit. Upon this the pole started whaling and the mourning was heard by everyone. To console the pole, Prophet (PBUH) put his hands around it, talked to it and then it stopped crying. This miracle was witnessed by entire congregation.

Once Hazrat Abu Qatada was (R.A.) was shot by an arrow right on his face and one of his eye balls bulged out. The Holy Prophet (PBUH) put the eye ball back to the original location and the wound healed at once as it was never there.

The miracle of the splitting of the moon was demonstrated before a certain gathering who persisted in denial of Muhammad’s Prophethood. As was related by ‘Adbullah ibn Mas‘ud, while they were in Mina’ one night, the Prophet split the moon into two by a gesture of his index finger. The halves of the moon appeared one behind the mountain and the other in front of it. Then, the Prophet turned to us and said: ‘Be witnesses!’

The Qur’an refers to this miracle in the following verses:

“The Hour has approached, and the moon split. But whenever they see a sign, they turn away and say, ‘This is evident magic’.” (al-Qamar, 54.1-2)

Above mentioned incidents are only some of many miracles of Noble Prophet (PBUH). With the help of these wonders the Prophet (PBUH) managed to bring the intelligent people of Quresh and entire Arabian Peninsula who were also the men of wisdom to the right path. It were these Arabs who spread the light of Islam to all the corners of the world.

My name is Anisa Fatima, working as senior manager, SEO expert and a specialist content writer working in Quran Tutor, an online Quran tutoring academy in Maryland, Providing Quran recitation, Quran memorization and Quran leaning services to the people of all ages. 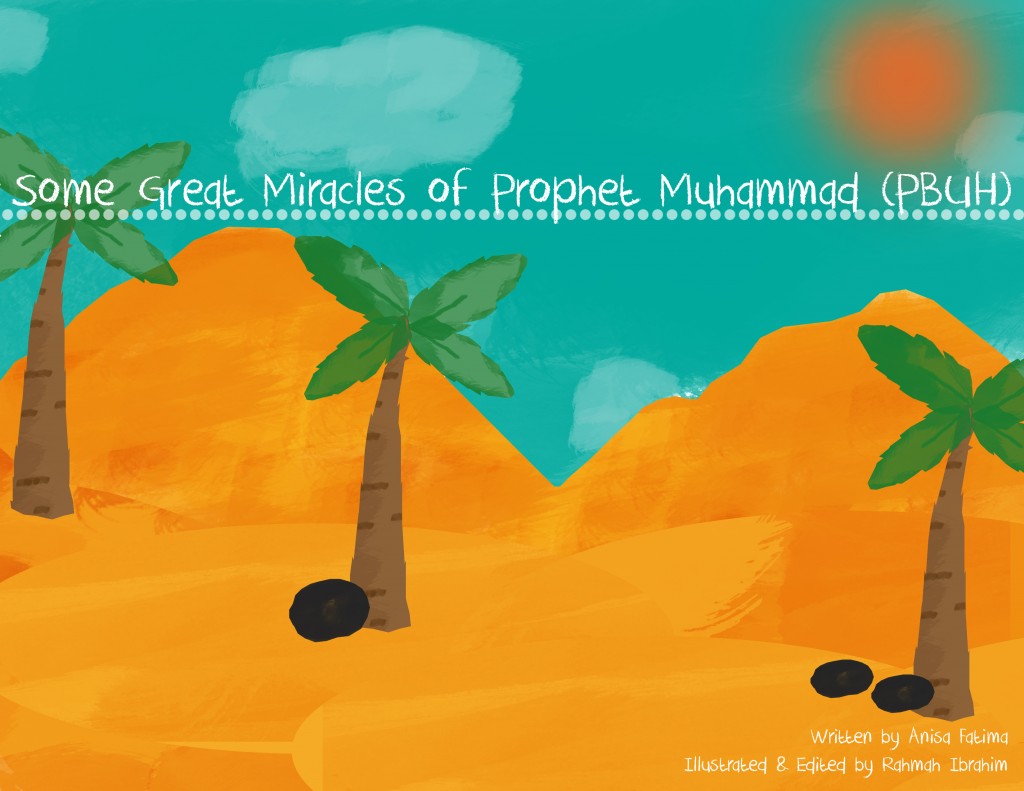