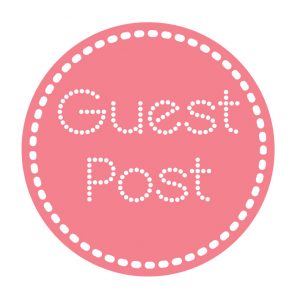 Allah has sent many Prophets for the guidance of mankind. The teaching of all these Prophets is related to the ‘Oneness of Allah’. Before the advent of Islam in the world, people worshiped the idols except Allah. They bowed before them for their wishes and spent their life in doing false deeds which are not allowed in Islam.

In this dark period of Arabia, Allah sent His Last Messenger Hazrat Muhammad (S.A.W) for the guidance of mankind. The Noble Prophet (PBUH) brought people from the darkness of ignorance and revealed them the teaching of Islam which brought them close to the Allah.

This article will helps in understanding the simple life of Noble Prophet (PBUH) and about the hardships which came across to him while teaching Islam. There are lots of websites that provides information about Islam, teaching Noble Quran online and Islamic teachings.

His father, Abdullah died before his birth and his mother Aminah left him alone in this world at the age of six. After the death of his parents, his grandfather and uncle took his responsibility.

From his early life, he was known with the names of honest and truthful. As, he was sent on earth for the betterment of mankind so whenever he saw something wrong around him then he felt bad about it and thought that how he can save them from evil doing. Hazrat Muhammad (S.A.W) had no proper education but even then he knew everything about different spheres of life because of the blessing of Allah.

Hazrat Muhammad (S.A.W) adopted the profession of trade with his uncle.  He also did the task of trading for Hazrat Khadijah who was a rich widow of Makkah. She was quite impressed by the personality and truthfulness of Hazrat Muhammad (PBUH) and proposed him for marrying.  Hazrat Muhammad (PBUH) accepted her proposal and got married with Hazrat Khadijah at the age of twenty-five. At the age of forty, Allah bestowed him with Prophet Hood. He preached that, “There is no god but Allah and Muhammad is the messenger of Allah.” Now, this is the beginning of religion ‘Islam’.

Hazrat Muhammad (PBUH) started the preaching of Islam, few people accepted it and start following the teaching of Allah but majority of the people were against it. They became his enemy and started hurting him and even tried to kill him, so that he would leave the preaching of Islam but nothing could avoid him by spreading the message of Allah.

Then in 622 A.D, he did Hijrah from Makkah to Medinah for the sake of religion and Allah along with his companions to protect them from the torture of their enemies. After Hijrah to Medinah, the people of Makkah attacked many times on the Muslims of Medinah in order to stop the preaching of Islam and to kill Hazrat Muhammad (PBUH). Muslim fought many battles with them like, the battle of Badar, Ohud and Khandak.

At last in 630 A.D, Makkah was conquered by the Prophet Muhammad (PBUH) and his companions and Islam spread throughout the Arab. Hazrat Muhammad (PBUH) taught Muslim, the lesson of Kindness, forgiveness, and virtue. The last Noble book Quran was also revealed on him. In 632 A.D, at the age of sixty-three, he took his last breath in this world.

Auto Bio:
Anisa Fatima, is an expert writer, she have years of experience on writing different Islamic topic, including, Islam, Quran, the judgment, day, and all other topic in Islam. She is also providing help in online Quran learning, online Quran teaching and online recitation.