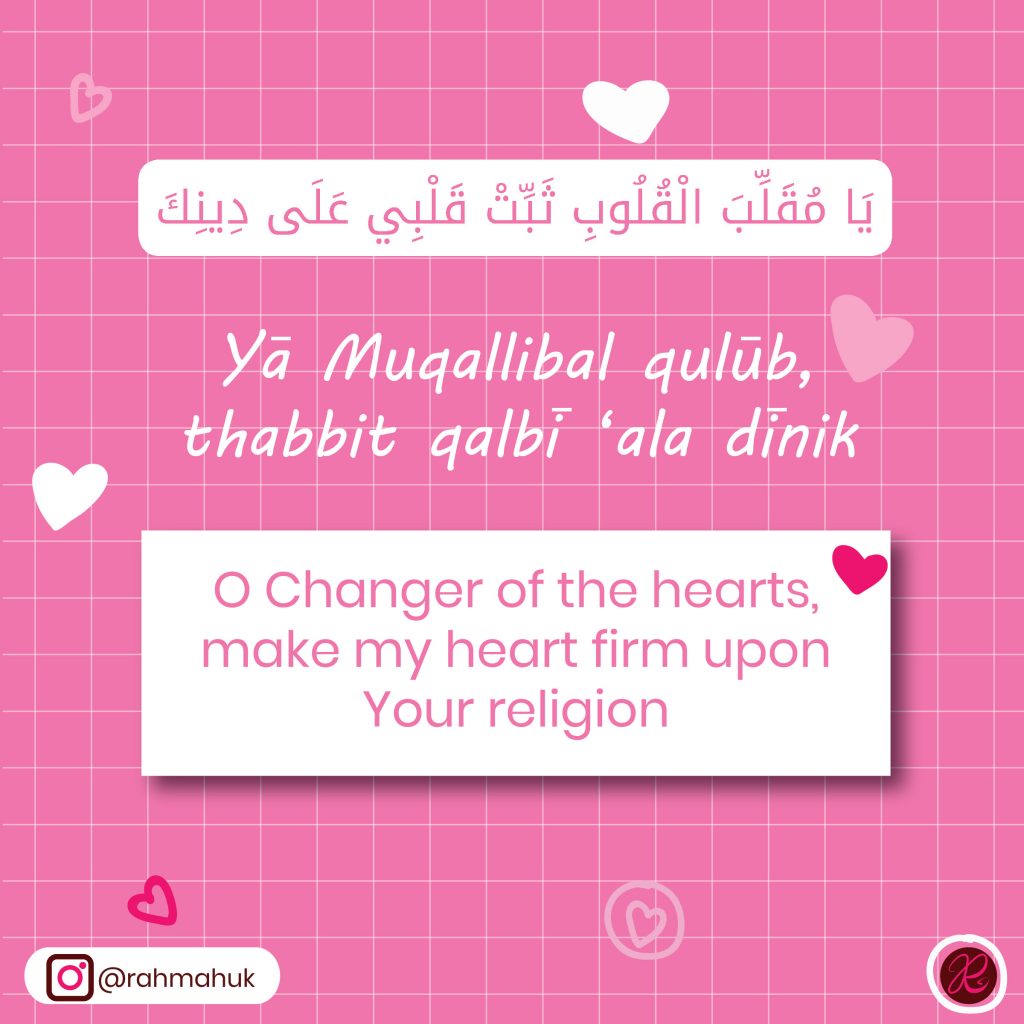 She said: ‘So I said: “O Messenger of Allah, why do you supplicate so frequently: ‘O Changer of the hearts, make my heart firm upon Your religion.’ He said: ‘O Umm Salamah! Verily, there is no human being except that his heart is between Two Fingers of the Fingers of Allah, so whomsoever He wills He makes steadfast, and whomever He wills He causes to deviate.’”